(Photo by vintage_patrisha at flickr.com)

4. Learn how to control the texture of food

Taste and flavour normally get more attention when food is discussed, but the texture of food is equally important and our tongue is very sensitive, not only to taste and temperature, but also to the texture of food. The texture of food determines it’s mouthfeel and it is related to many physical properties of the food. Wikipedia lists the following aspects of mouthfeel (click to see the full description of each aspect) which can be useful when analyzing food:

I will barely scratch the surface of how texture can be controlled by highlighting a couple of topics and point you to further resources. Hopefully it will spark your interest and give some new ideas for you to play with in the kitchen. Those interested in a comprehensive review of food texture are referred to the CRC handbooks on food texture (volume 1: semi-solid foods, volume 2: solid foods).

What determines the texture of food?
Put very simple, it’s the relative amounts of air, liquid and solids that determines the texture of food. This is complicated by the fact that liquids have different viscosities. Furthermore the air, liquid and solid ratio is not necessarily constant. A liquid can solidify or evaporate, solids can melt or dissolve, and air bubbles can escape during cooking or storage. An elegant but quite abstract way of describing the complicated mixtures of air, liquids and solids found in food, is to use the CDS formalism (CDS = complex disperse systems), introduced by Hervé This. 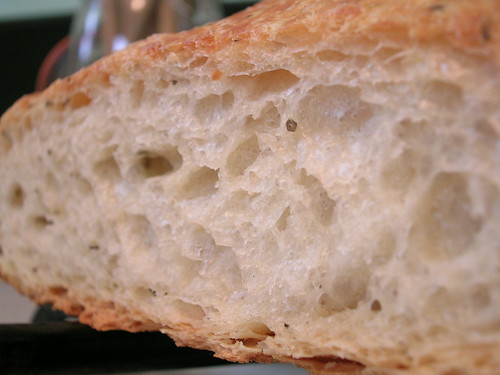 (Photo by Subspace at flickr.com)

How can texture be controlled and changed?
Texture can be controlled by temperature, pH, air/liquid/solid ratio, osmosis, hydrocolloids and emulsifiers – to mention a few. Here’s some examples: 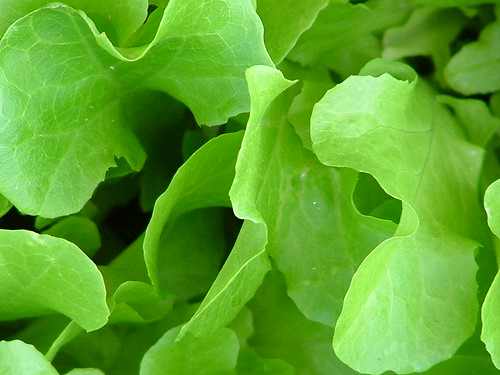 (Photo by Trinity at flickr.com)