Spain’s top 10 chefs, including Ferran Adria of El Bulli, were featured at the “Spain’s 10 – Cocina de Vanguardia” in New York. Off the broiler and foodite have nice reports. I particularly fancy their pictures, depicting how laboratory equipment, liquid nitrogen and dry ice is used more and more in restaurant kitchens. I have described a number of tools in this static page. Here’s a couple of pictures from Off the broiler (with my comments added): 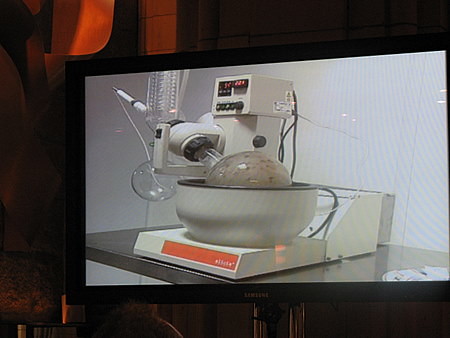 Joan Roca uses a Rotavap (rotary evaporator) to capture the volatiles from a mixture of mud and water. The volatiles where then foamed and served with an oyster dish. The nice thing with a rotavap is that by reducing the pressure, you can perform distillations at room temperature. 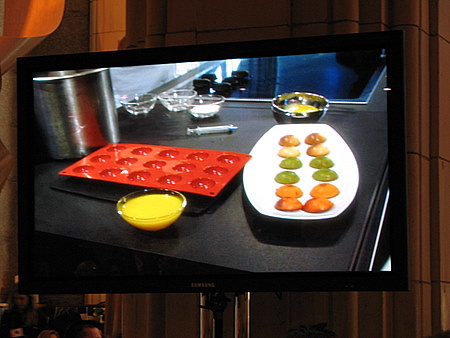 Methyl cellulose is a versatile thickening agent, although it’s not commonly available for home cooking. 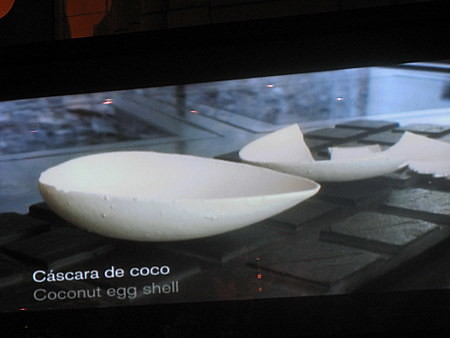 Coconut milk was frozen by first dipping a large spoon into liquid nitrogen, then dipping it into the coconut milk. The shell was then freeze dried. Seems to give a nice texture! 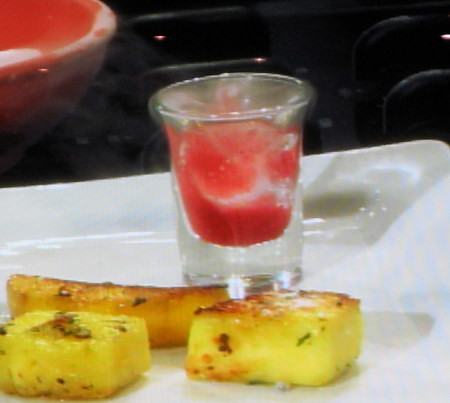 Grilled pineapple with a strawberry sauce that is carbonated using dry ice. This gives the sauce a nice sparkling sensation on the tounge.